Can you smell the super-sweet, extra-juicy strawberries ripening in backyards and fields across the Midwest? With names like ‘Jewel’ and ‘Earliglow’, these berries will be in season for the next few weeks, so be sure to enjoy them while they last. You’ll find them at local farmers’ markets, u-pick fields and specialty grocers. Personally, my favorite ways to savor these fresh-picked fruits are in preserves, a fresh strawberry pie (see recipe below) and strawberry shortcake (using the biscuit recipe on the back of the Bisquick box and topping it with a premium vanilla ice cream and sliced berries).

To learn more about picking, storing and even growing your own berries, check out this First Fruit story I recently wrote for Edible Columbus.  As a teen, I worked at a berry farm in western Ohio for a couple of seasons, so I was delighted to talk with central Ohio growers about new growing techniques, harvesting tips and their experiences with customers who take extremes to make the most of the fleeting berry season.

Garden to Drive For: Inniswood

Heartland Gardening was delighted to have high school senior Abby Fullen assist with our blog this spring.  Thanks to her writing, photography, copy editing, layout and researching help, we were able to offer the Spring Countdown and several additional posts.  We congratulate Abby on her upcoming graduation from Hilliard Davidson High School and wish her the best as she continues the next chapter of her life (hopefully filled with plenty of her writing).

Enjoy this final post by Abby.  She spent an afternoon at Inniswood Metro Gardens in Westerville, Ohio.  This 123-acre park once was the estate of sisters Grace and Mary Innis and today is cared for by a dedicated team of volunteers.  Inniswood boasts more than 2,000 species of plants, specialty collections and several theme gardens including a herb garden, rose garden, woodland rock garden and delightful children’s garden. In fact, the garden will be one of the featured excursions for the 22nd annual National Children & Youth Gardening Symposium in Columbus, Ohio, July 17-19.  Plus, our own blogger Debra Knapke is one of its biggest fans as a past curator of the herb garden, former president of the Inniswood Garden Society and a member of the Design Committee for the Sisters Garden, 10 years ago.

My dear sister, Emma, is as sweet as pie, but her eating habits can often drive me to insanity. A friend and I even came up with a song to describe her wasteful ways:

It’s truly a catchy tune, and it’s unfortunate that you’ll never hear the melodic strains, unless you’re lucky, but it really does summarize the extent to which my sister bothers me with ALL the food she gets, and how it ALL goes into the trash. The positive out of this, though, is my desire to help those who can’t have the experience of getting so much food they can throw it away, or even have enough to eat in the first place.

According to the U.S Department of Agriculture, 1 in 8 households in the United States experiences hunger or the risk of hunger. Approximately 33 million people, including 13 million children, have substandard diets. Food insecurity exists in every county in America: in 2011, 17.9 million households were insecure. More than 50 million Americans struggle to put food on the table.

Despite the need for food, millions of people are turned away from food banks because of a lack of resources. Here’s how one man decided to make an easy, significant change in this crisis, and thus inspired me to contribute in the same, easy way.

In 1995, Anchorage, AK garden columnist and former Garden Writers Association president Jeff Lowenfels asked readers to plant a row of vegetables for Bean’s Cafe, an Anchorage Soup Kitchen. Over 84 million households in the US support a yard or garden. If each household fulfilled their potential for a garden and planted just one additional row of vegetables, a HUGE impact would be made. Being a great success, Lowenfels introduced the Plant a Row initiative (PAR) to the Garden Writers Association, and thus was launched a national program.

It took 5 years to reach the first million pounds donated. The next million was reached in only 2 years, and in the next ten, more than a million pounds of food was donated each year. Since 2011, nearly 2 million pounds of food has been donated each year to various soup kitchens, local food banks, and service organizations to feed America’s hungry. Considering each pound of produce supplements 4 meals, this is a very significant contribution since the start of the program. Since 1995, over 20 million pounds of produce providing over 80 million meals have been donated by American gardeners. And the contributions can only continue as hunger is still, and increasingly, prevalent; the demand for hunger assistance has increased b 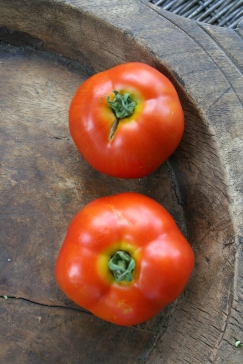 PAR provides focus, direction and support to volunteer committees that promote herb, vegetable, and community gardening at a local level. They provide training and direction to enable committees to reach out into the community, and they assist in coordinating local food collection systems and monitor the volume of donations being conveyed to food agencies. Now a 501(c)(3) organization, The Garden Writers Association Foundation was founded to administer and expand PAR. Contributors and volunteers don’t have to worry about government subsidy or bureaucratic red tape; this is simply “people helping people.”

PAR encourages anyone and everyone to be a part of the easy steps toward helping eliminate hunger in America. Spread the word, share personal experiences, join the GWA Foundation, and of course, Plant a Row!

Abby Fullen is a Senior at Hilliard Davidson High School. She tends a square-foot vegetable garden with her mother. This piece was written to serve in conjunction with her Career Mentorship class at the Dale McVey Innovative Learning Center.