Tag Archives: gold in the garden 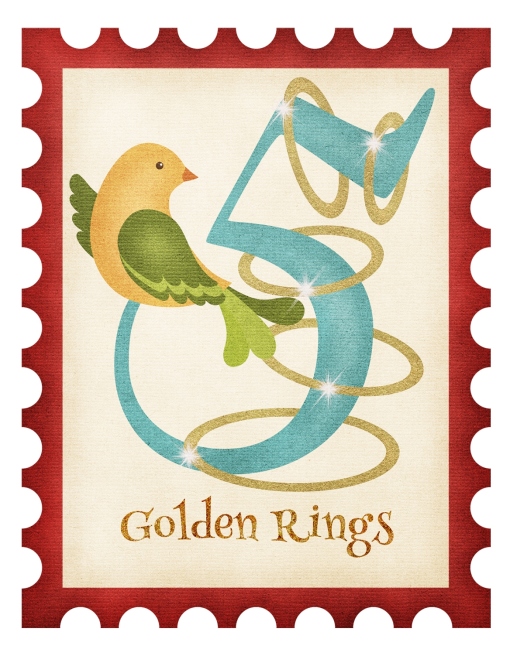 Gold — the color of extravagance – is a rich addition to the garden, and golden conifers are the perfect choice for this season.  Plant them as shining beacons in a winter-gray landscape, and enjoy their clipped boughs in holiday container arrangements.  During the growing season, use them as accents to dark green corners of the backyard or intermix them with complimentary-colored purple grasses and flowers. 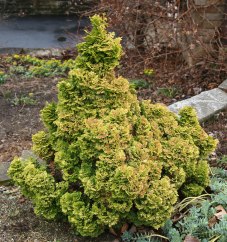 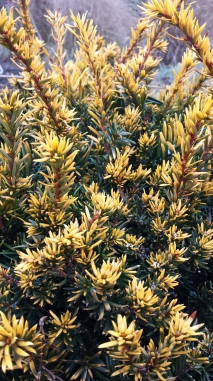 Posted in Twelve Days of Christmas