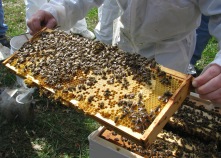 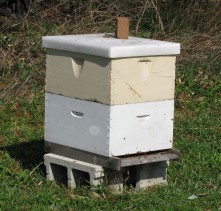 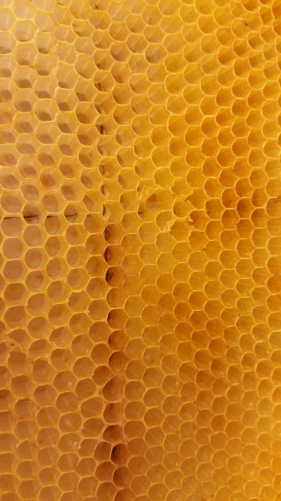 I really don’t need another hobby.  Yes, my teenage kids are growing more independent, but I already have a full plate with gardening, chickens and pets.  So, do I really need to take on beekeeping?

After Saturday’s beekeeping workshop, I’m convinced I should finally put to use our homemade bee box that’s sitting idle in the basement and purchase my first “nuc” or starter colony of bees. I learned beekeeping not only offers sweet honey rewards and promises of increased backyard garden pollination, but more importantly contributes to the local beekeeping community’s grassroots efforts to re-build the Midwest’s honeybee gene pool that was recently wiped out by varroa mites.

Perhaps, my fellow bloggers have the right idea. Michael Leach offers his backyard to a neighbor beekeeper who keeps a hive behind his shed (see Oct. 2013 blog post on beekeeping ).  And of course, Deb Knapke creates a safe, chemical-free haven for various pollinators and offers a season-long smorgasbord of their favorite flowers for foraging.

“If bees were to disappear from the globe, mankind would only have four years left to live.” — Albert Einstein